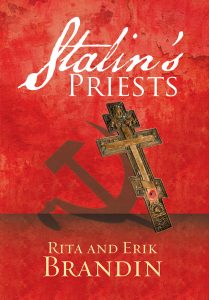 Russian Premier Joseph Stalin sets out to destroy the church to achieve his utopian communist state. He has priests murdered and destroys churches, but the church continues on in secret. Frustrated and desperate, Stalin hatches a sinister plan to destroy the church from within by sending KGB agents to the seminaries to become undercover priests.

Rolf Wozack is one of Stalin’s best agents. Follow his journey from a nightmarish childhood in World War II Poland, where he was orphaned by the Nazis, then rescued by the Russians, only to be brainwashed by his KGB handlers. Rolf rises quickly through the priesthood and eventually to the Vatican to carry out Stalin’s most important order. Murder!

Twenty years earlier in 1917, in Fatima, Portugal, three young shepherd children claim to have been visited by the Virgin Mary. She shares visions of heaven and hell and tells them that Russia will spread evil throughout the world causing great wars and persecution of the church. All this foretold twenty years before Stalin would ever dream it up. Can her warning save the church and the world from Russia’s evil, or will Rolf sacrifice everything and carry out Stalin’s final order?

In this historical thriller, a KGB agent turned undercover priest must sacrifice everything to execute Joseph Stalin’s order to destroy the holy church.